Bitcoin, dollars and pink wallet on the pink background with copy space.

Research from eToro, a cryptocurrency exchange, indicates that the cryptocurrency market has been male-dominated, with women making up only 8.5% of all investors while men account for 91.5%. Others have estimated the number of women investors and users of cryptocurrency to range between a mere 1% to 5%. This gap mirrors the general lack of women in tech and finance.

According to senior business analyst Agnes de Roeyer of the London Block Exchange, that trend could now be changing:

“There’s still a common misconception that cryptocurrency is a game for men, but we’ve seen hundreds of women sign up for our exchange in the last few months and some of the most inspiring and knowledgeable investors, leading the way in the industry are female.”

It will be interesting to see how having more women in the crypto space could shape the industry. According to Perianne Boring, founder of the Chamber of Digital Commerce, a D.C.-based trade association for the blockchain industry: “…people don’t understand what Bitcoin is. The perception is skewed, and it won’t be accepted as a legitimate technology unless we find a way to get this imbalance sorted.”

Unfortunately, raising money has been a tall hurdle for women founders. According to a Babson College report from 2014, just 6% of partners at VC firms are women, and only 15.8% of startups worldwide have at least one female founder. And when it comes to venture capital, women have been getting only a fraction of what male founders are given. This has resulted in an imbalance of power that has even played out in abusive ways.

Initial Coin Offerings (ICOs) are presenting a way to bypass this imbalance. Through ICOs, the public funds new projects so that entrepreneurs do not need to rely on just investors to raise capital. This method is showing much promise, especially with the successful funding of $3.6 billion in ICOs in just this past year. One of the largest raises this year— the $232 million ICO of Tezos — was co-led by a woman. Although ICOs might not be for everybody, Boring thinks that they “can allow for the democratization of ideas.”

The good news is that female involvement in cryptocurrency is growing steadily. In 2017, four of the 30 cryptocurrency ventures that led the largest fundraising rounds had female co-founders, double the number of women leading the 30 technology companies with the largest initial public offerings last year, according to Bloomberg. And in just the past 6 months the amount of women who are interested in investing in cryptocurrency has increased more than twofold from 6% to 13%.

“There are Women in Bitcoin groups popping up all over the world, with more established branches in San Francisco and New York boasting 381 and 986 members respectively. Some female cryptocurrency investors also see blockchain technology as a solution to common financial problems that women face, such as raising money to start a tech business.”

A report from UK cryptocurrency exchange London Block Exchange that conducted market research shows that the cryptocurrency industry is most popular with millennial women. It could also be possible that women would invest differently from men, as the research suggests that women take a more strategic approach; they are being shown to be 50% less likely than men to suffer from a “fear of missing out” (FOMO), suggesting they would make fewer decisions based on impulse or an emotional urge to act in the moment.

Lastly, the report indicates that women are more collaborative than men, which is potentially tied to having a twofold greater likelihood of consulting with friends and family about any potential investments compared to men, who are statistically more likely to act independently. In reality, there is a wide range of characteristics and tendencies among women alone, and among men themselves; the likely scenario is that there will be varying investment behaviors among either group, but widening the pool of citizens involved in shaping the evolution of digital currency would help shape a financial system that benefits everyone in society.

WOMEN TO KNOW IN CRYPTOCURRENCY

While the world of blockchain and cryptocurrency has been deemed a man’s game thus far, Connie Gallippi, the founder of the first Bitcoin nonprofit BitGive, notes that there have actually been many women in it all this time, but the problem is that “they’re just not given the same level of exposure or recognition.” Margaux Avedisian, one of the first influential female bitcoin leaders, mirrors Gallippi’s sentiments on how the industry should be giving more recognition to women’s accomplishments. While the Polycon18 conference hosts a Women in Blockchain panel, this is a segregated group and a limited audience.

When it comes to Cryptocurrency conferences, the lineups are almost exclusively all-male speakers — a trend that has frustrated Gallippi enough to send conference organizers lists of qualified and talented women in the space who they could leverage for their events. Avedisian has also argued that there are plenty of women with years of experience whose insights would benefit a much wider audience — one that is not limited to just women. For example, the founders of the two biggest ICOs — Bancor and Tezos — are females. Surely, they have insights that would benefit men just as much as women. Especially since, according to Gallippi, women are filling some of the top posts in cryptocurrency.

Executive vice president at Transform Group LLC and partner and co-founder at CooLPool Fund, Avedisian was among the first female bitcoin leaders to gain influence in 2012. Since then, she has co-founded multiple cryptocurrency exchanges. 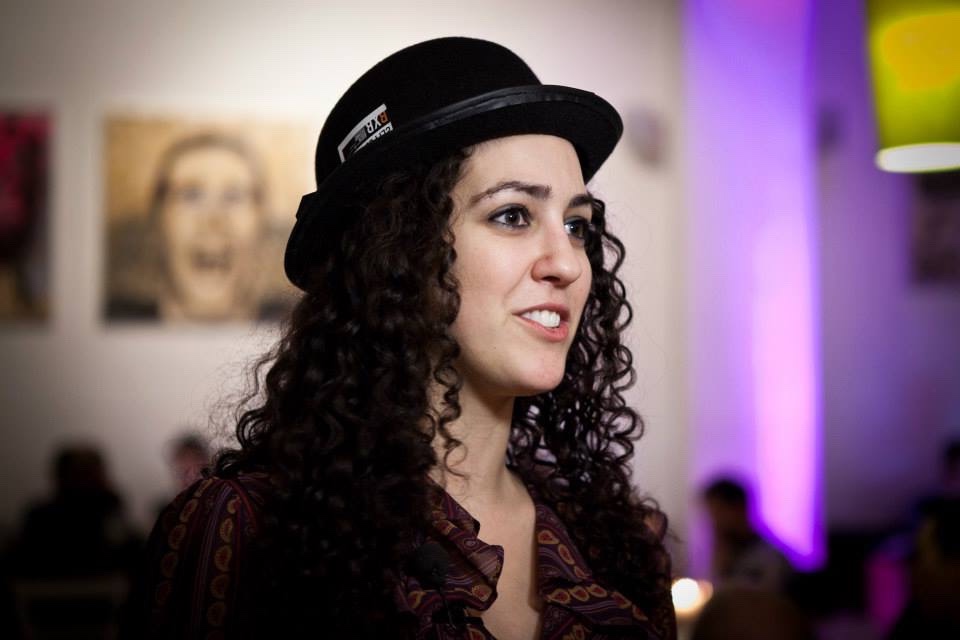 Rossiello, who is running one of the most widely known companies in the cryptocurrency space, has been viewed as a model of the potential that the cryptocurrency revolution holds worldwide. She founded a foreign exchange, and payment platform in Africa called BitPesa in 2013. The company uses bitcoin and blockchain technology to make faster payments between African currencies and the rest of the world with greater ease. It’s an evolution on what mobile money is today. Rossiello had a lot of momentum in raising capital after a successful series-A round of funding, which also saw a healthy amount of participation from billionaire investor Tim Draper. Today, BitPesa is in seven African countries, Europe, and the U.K. 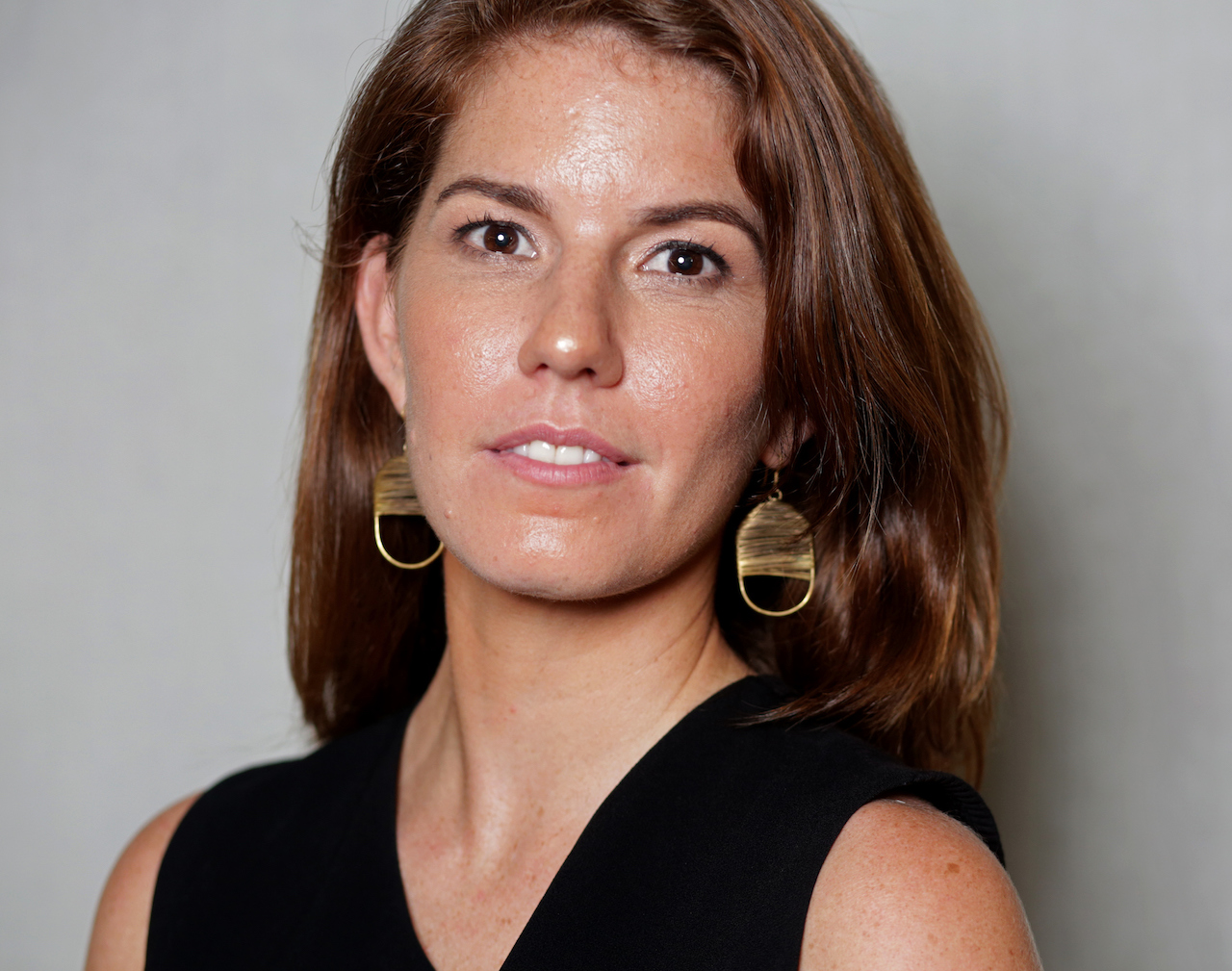 The co-founder and CEO of Tezos, Breitman raised a record-setting two hundred and thirty-two million dollars for her cryptocurrency project during a public crowdsale last July. The idea for Tezos was sparked by her frustration with the “glacial pace” that it took for Bitcoin to evolve. Tezos presents a solution to this by giving voting power to everyone who owns “tezzies”— the system’s coins— so they could democratically choose upgrades to the network. Breitman and her husband had been iterating on this idea for years before she finally made the plunge to leave her day job as the senior strategy associate and go all in on this venture. Since then, she has developed most of the company protocol and provided the brawns to overcoming challenges such as lawsuits and a feud with the president of the foundation. 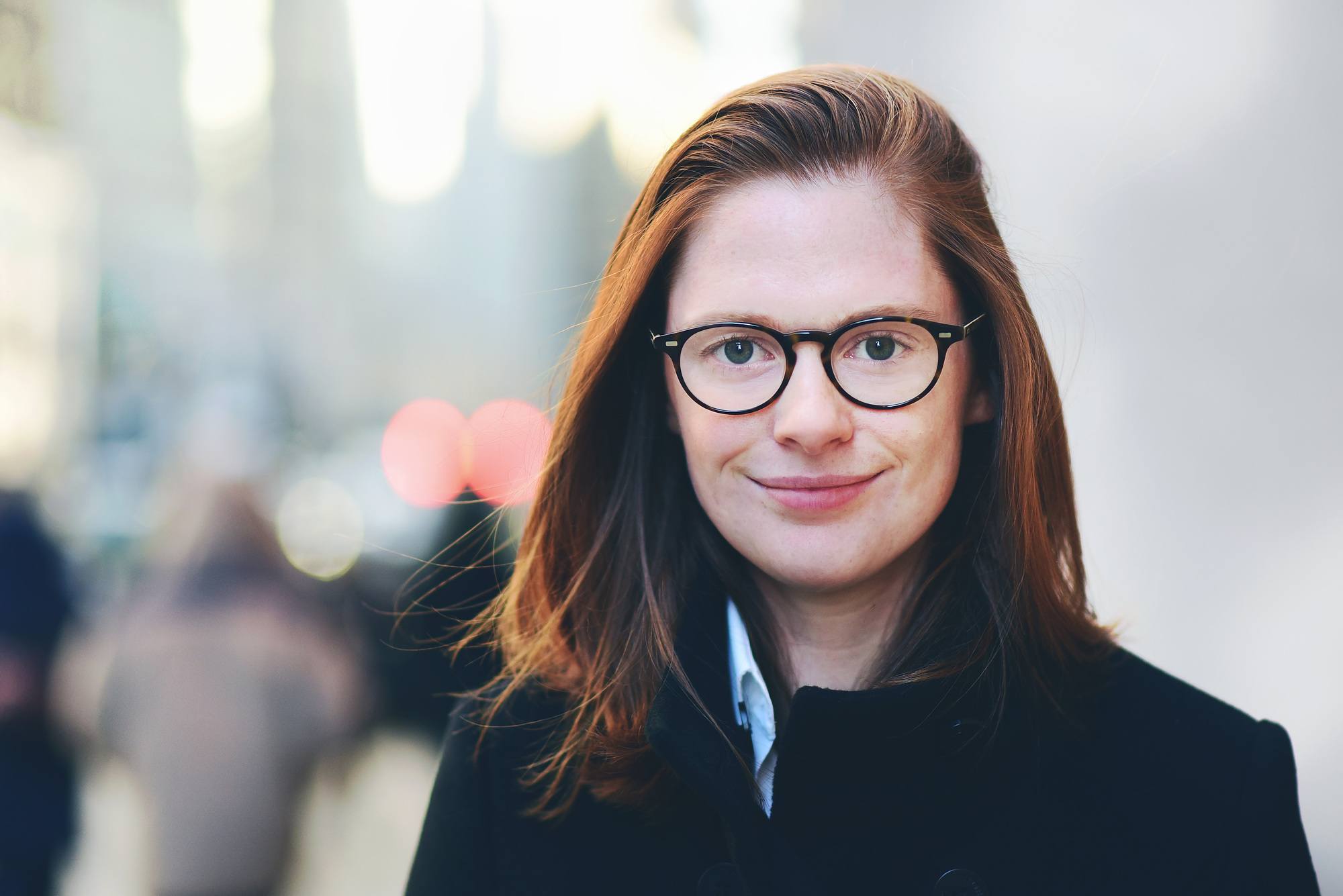 She has created $GUAP, a new cryptocurrency that is specifically designed for black consumers. It rewards spending behaviors that keep the money circulating in an ecosystem of black-owned businesses. Additionally, all $GUAP transactions will be available for analysis on a public blockchain. This will allow Evans to build insights on the ways in which black consumers spend their money and the spending power that black consumers have at-large. Now, her greatest challenge is getting consumers to adopt the new currency. 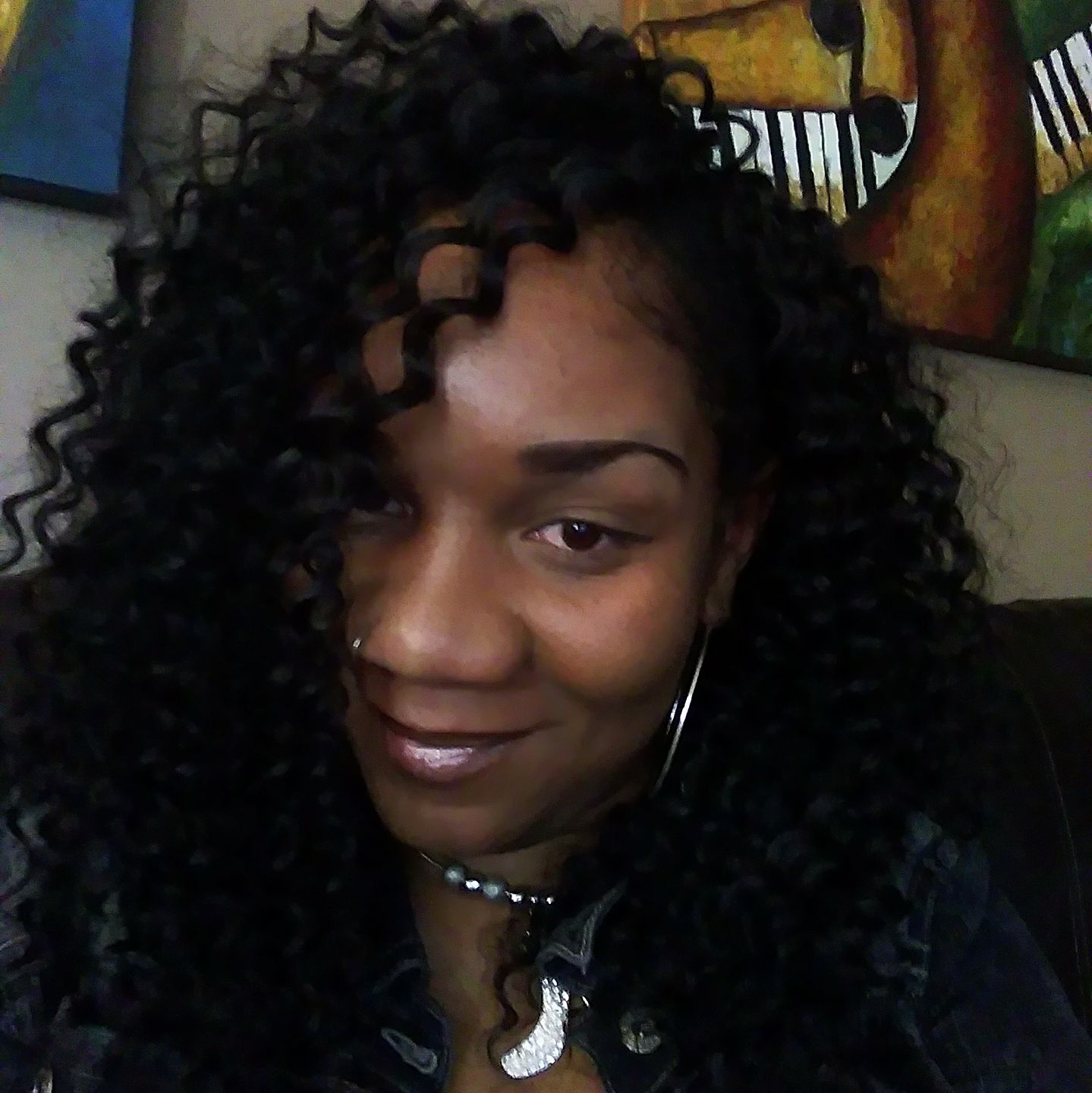 The founder of BitGive, the first nonprofit in bitcoin, Gallippi got the idea for her venture at a bitcoin conference in 2013. Her “aha” moment was noticing that the cryptocurrency world needed a philanthropic organization. Today, BitGive is the number one place to go if you have Bitcoin and you want to donate some of your digital cash to charity.

Most recently, Gallippi is aiming for even greater impact with a new platform called GiveTrack. The platform, which will live on the BitGive website, holds charities more accountable for the donations they receive through Bitcoin technology. It will use bitcoin’s public records of all transactions to reveal how money that has been donated is truly spent. 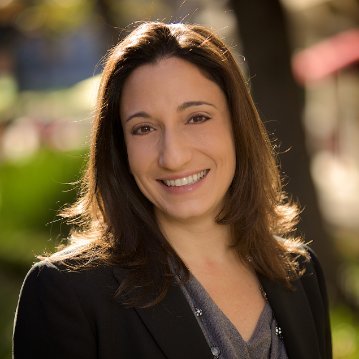 Excited by the potential for social good with blockchain, Baldet left her eight-year career at J.P. Morgan to work on a startup developing software for businesses exploring blockchain. She has not yet made a formal announcement about the new company and has kept quiet about any other details.

During her time at J.P. Morgan, Baldet helped the firm to recognize the importance of Bitcoin and the movement in cryptocurrency, and she helped lead the Blockchain Center of Excellence for over two years. In that time, she was exposed to “a breadth of perspectives,” including startups, investment banks, central banks, and hardcore blockchain developers, which will now prove to be invaluable in her new venture. 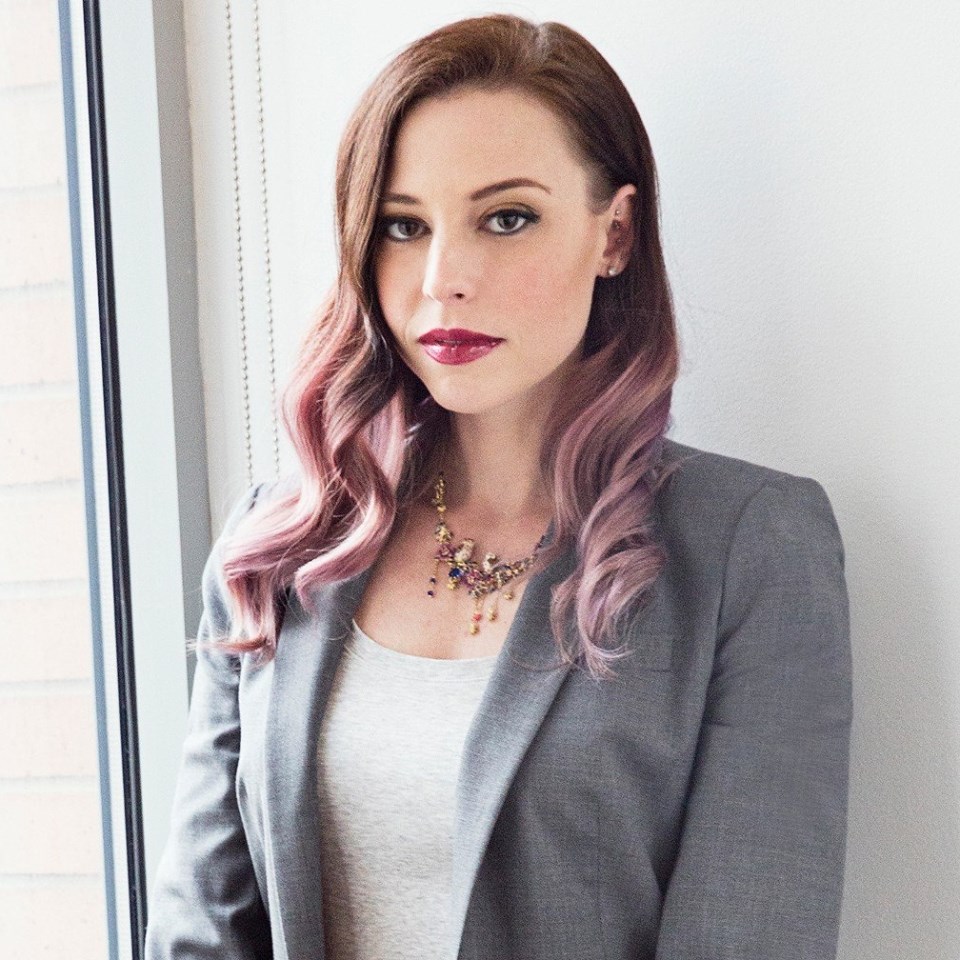 When Rinearson learned about the game-changing potential of bitcoin, she decided that she wanted to help shape this future. She then made it her goal to get a job at Chain, a company that partners with other organizations like Visa and Nasdaq to build blockchain networks for their financial services. Currently, an engineering manager at Chain, Rinearson works on developing Sequence, a product that takes the blockchain technology and securely puts it in the cloud. With women accounting for only 26 percent of Chain’s employees, the male domination of the industry stays top of mind for Rinearson. She is committed to encouraging more women involvement. Her projects include working with high school girls through Girls Who Code to educate them about bitcoin and teaching a program at the MIT Media Lab about blockchain technology. Her blog on medium also translates the complexity of blockchain and cryptocurrency into layman terms to make the industry more accessible.

Other women to watch out for in the crypto industry include Galia Benartzi, Meltem Demirors, and Elizabeth Stark. 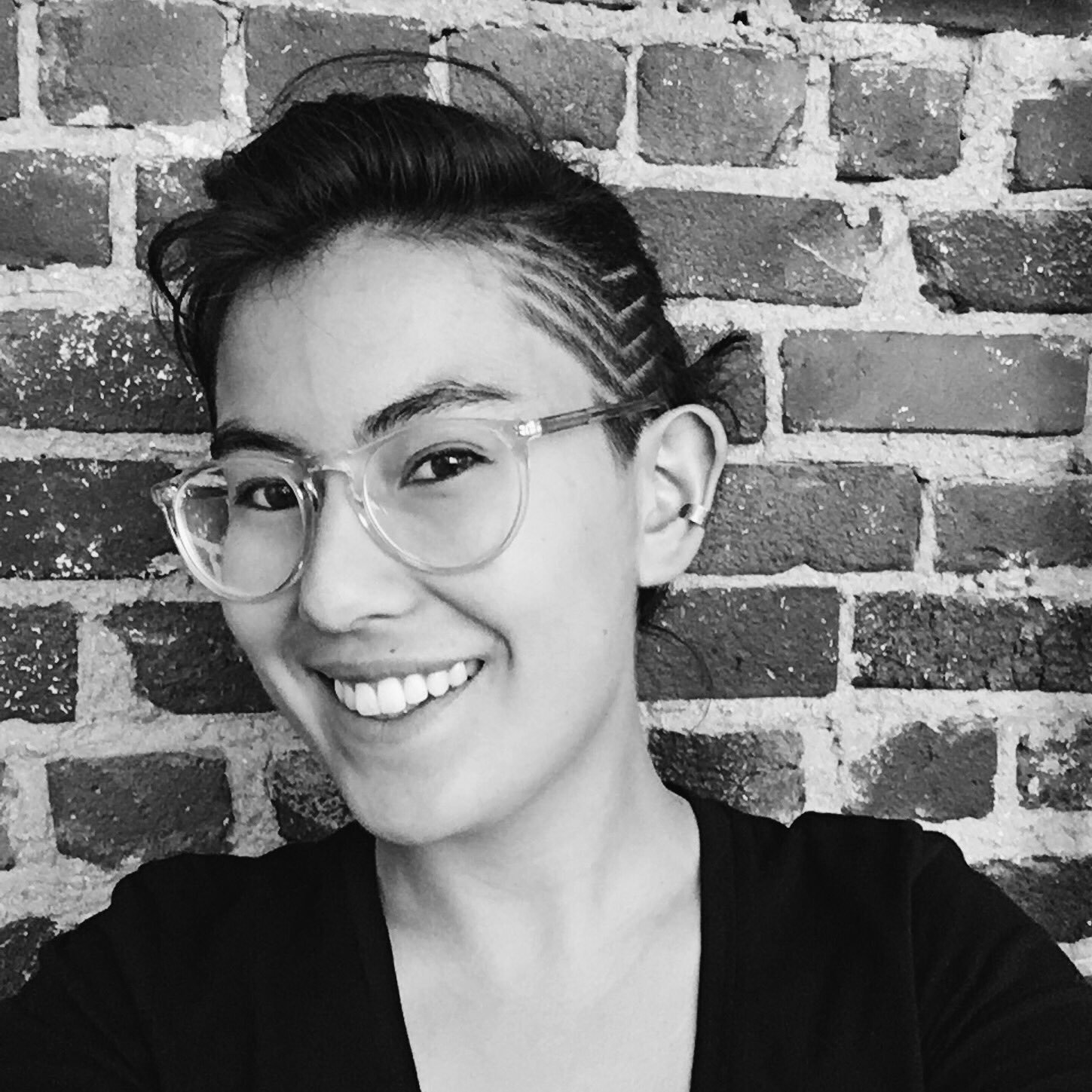 If cryptocurrency and blockchain are the future of our financial system, then it is even more crucial that the people developing this system are an accurate representation of the global society for which they are creating — that means involving both men and women.

According to Elizabeth Stark, the CEO of Lightning Labs, which has recently launched a cutting-edge software designed to make Bitcoin transactions faster, cheaper, and more private: “There’s a massive opportunity here to change the global financial structure, to change a lot of ways that society interacts with technology… And it is crucially important that women participate.”

In Stark’s view, today’s blockchain technologies are similar to the early times of the Internet:

“Women need to be building this new frontier… There’s way too much of the prior generation of the Internet that was not built by a diverse group of people… I want to see broader participation… broader perspectives contributing to better problem-solving.”

This article was originally written for mintdice.com, and can be found at https://www.mintdice.com/blog/the-women-investing-in-cryptocurrency